Whilst beaches might not be the first thing you think of when you think of South Korea, the truth is that it actually has some pretty good beaches. Many of them can be reaches within a short distance of capital Seoul, as South Korea isn’t the largest country by any means (there’s nowhere near as many beaches here as the beaches in Japan), and the East coast of the country is known for its beaches. As well as this, you can also look at Jeju island, just off the South coast of SK.

But out of all the beaches in the country, which ones are most worth visiting? Well, we’re going to check out some of the better beaches that South Korea has to offer. 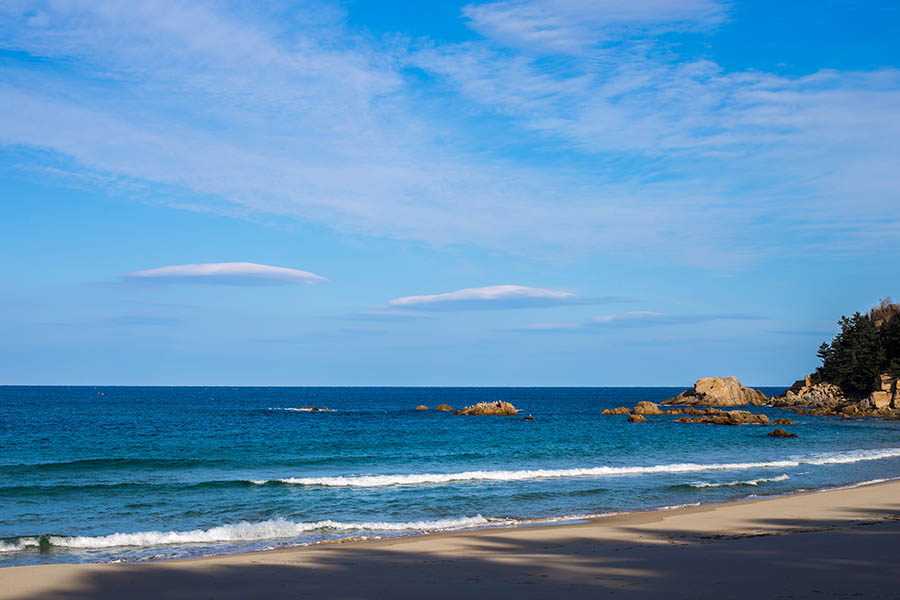 The main surfing beach in South Korea is found in the North East coast of the country, around 10km from Yangyang. Whilst not many people will have this location on their travel agendas, it’s a great beach in South Korea. It’s only around 2 hours to get to Yangyang from the capital Seoul, so it’s often visited from people trying to escape the busy city.

This beach is also referred to as Surfyy beach, and I’m sure you can guess the reason for this. Of course, it’s an amazing beach for surfers but it is split, so if you’re only looking to go swimming, then you won’t get in that way of anyone.

The beach itself is a few kilometers long, and the town that surrounds it is pretty cool as well. If you like a laid back atmosphere where people don’t take themselves too seriously, then heading to Surfyy beach is a must. 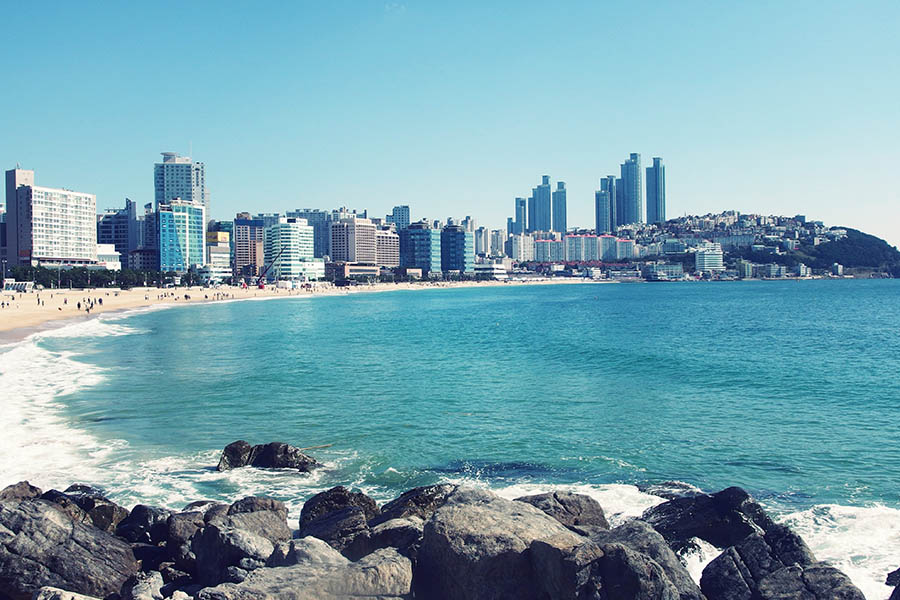 Possibly the most well known beach in the country, Haeundae beach is what we call an “urban beach”, which essentially means that it’s artificial. However, don’t let this take away from the beach itself. It’s busy throughout the entire year, and it’s the host of some fantastic festivals throughout this time too. It’s not far outside the center of the second most populated city in the country, Busan.

Though one thing to mention is that this area is pretty expensive. If you’re happy with Seoul prices, it’s fine. But in comparison to the rest of South Korea, then accommodation and costs can be pretty high in the area. However, that doesn’t stop millions of people visiting this beach throughout the year. 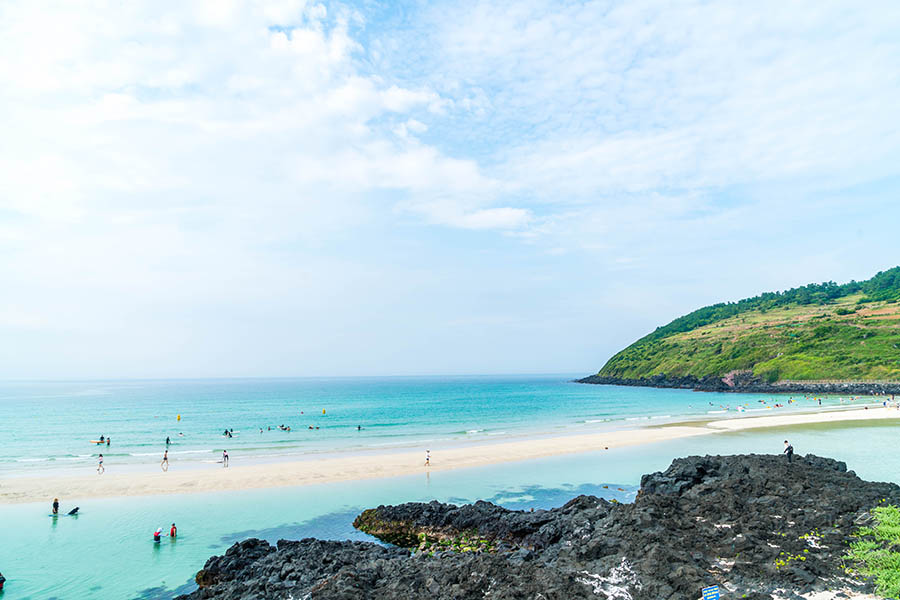 Not many people know about Jeju, the island that lives off the South coast of Korea. Whilst it’s not the most accessible beach for people visiting the country, it could be a good choice for a nice getaway.

Jeju is the largest South Korean island, and it’s a much less built up area than on the mainland. As you’d expect, much of the islands revenue comes from holidaymakers visiting who want to escape their busy work life. Because of it’s location, it’s one of the best options for visiting year-round – the temperature of the sea seldom falls below 0°c, even in the Winter.

There are a few beaches around it’s coasts, with none better than Hamdeok beach on the North side of the island. It’s the perfect beach to take the whole family too, as the water is beautiful, the beach very clean and there are shallow areas too. There are a lot of different activities for you and the kids to enjoy too, including activities like jet-skiing. Although it might take more effort to reach than other beaches, for many it’ll be worth the additional journey.

Flight from Seoul: 1 hours | Best for: The kids! 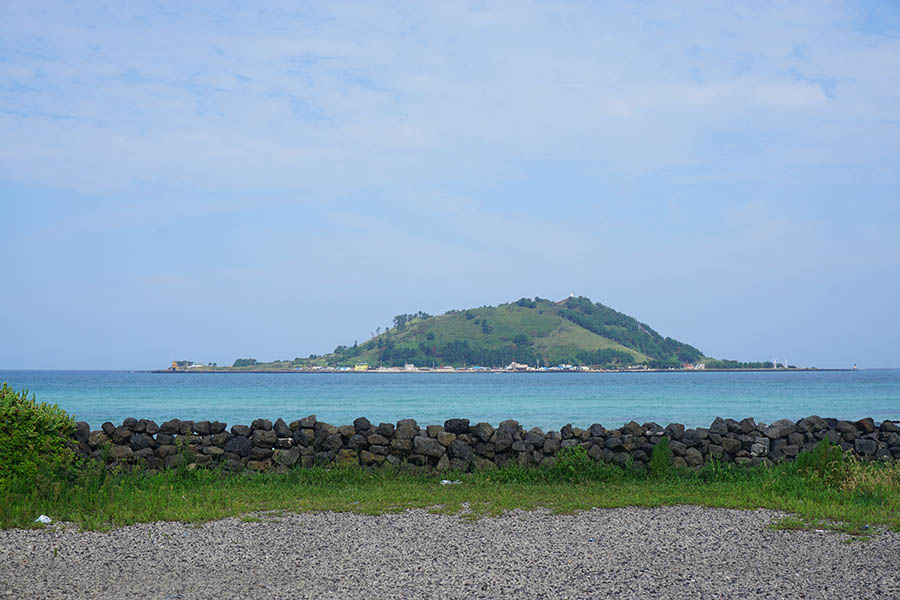 Another beach that I have to give a quick mention to that’s located on Jeju island is Hyeopjae beach, which is a little further West than Hamdeok. It’s quite similar to Hamdeok, but it can often be a lot less busy, so it might be worth venturing a little further to reach this beach. Just off the coast of Hyeopjae Beach you can see Biyangdo island pretty clearly, which could be another place to venture to if you like quiet.

Many who come to Jeju say that it’s the most beautiful beach on the entire island. The beach itself is quite small, only around a quarter of a kilometers in length. And, it’s around 30km from downtown Jeju, which means that a lot of people don’t visit it. But if you’re looking for somewhere to relax with amazing scenery, then you should definitely visit Hyeopjae beach. 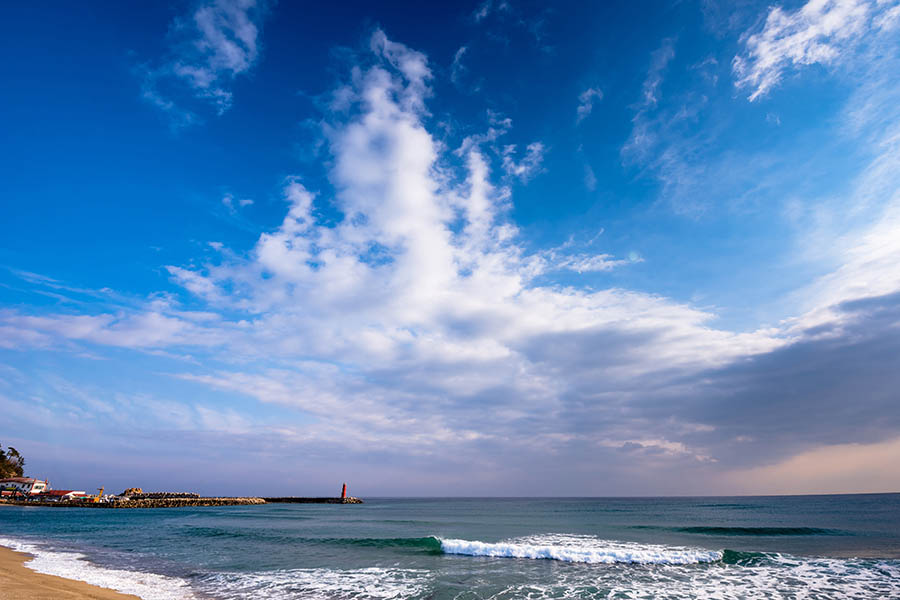 Another beach that doesn’t get as many visitors as it should is Naksan beach. It’s a little difficult to get to from Seoul, which means that it’s not as crowded as other beaches along the Eastern coastline of the country. However, it’s quite easy to get to this beach from Yangyang in only 25-30 minutes.

It’s not only the beach itself that’s worth visiting in this area, as the small town of Naksan is quite charming in itself. Plus, you’ll also find some excellent seafood restaurants here too, so if you’re looking for a place with great food – this is it. So, this could be the perfect place if you prefer a relaxed environment, away from the high-rise condos and shopping malls of the capital.

Although many people come to Korea to visit the city of Seoul, there’s much more to the country than just this. As you can see, it also offers some great beaches in Asia too, with many of them being great places to visit with the entire family.

Link To or Reference This Page

If you found this content useful in your research, please do us a great favor and use the tool below to make sure you properly reference us wherever you use it. We really appreciate your support!

Countries with most tidal stations